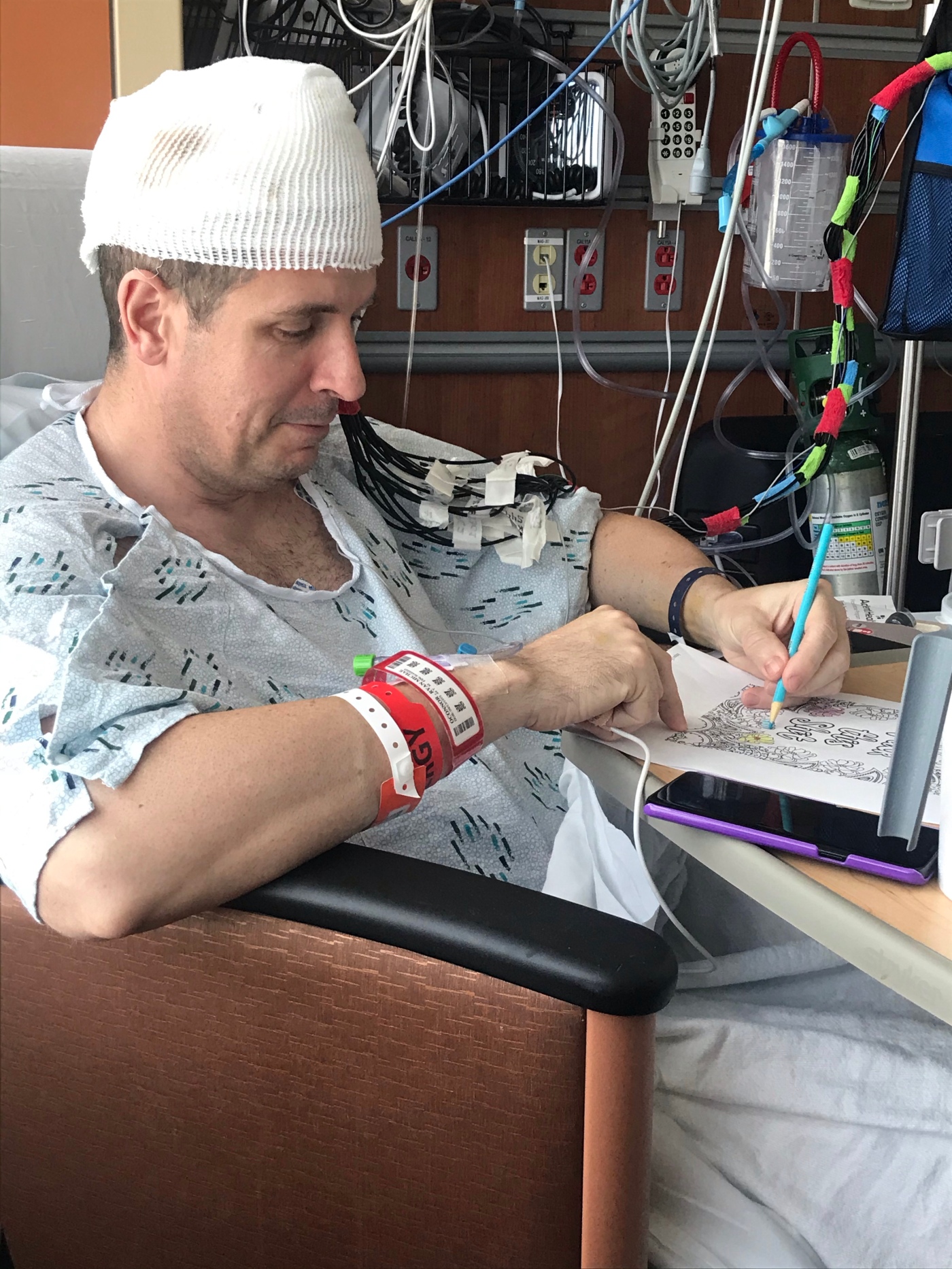 We are four days out from the second surgery to put additional probes in Ryan’s brain. Ryan has been in the hospital a total of two full weeks today. There still hasn’t been a second seizure but there have been some myoclonic jerks and a possible panic attack.

Despite not having a second seizure, the doctors may have collected enough information to make a treatment recommendation. They explained to us that Ryan’s epilepsy is complex in that there are different areas of his brain where they consistently see spikes are working as a network. They believe the source of the network is in the left posterior (rear) cingulate.

The doctors are conferencing again tomorrow to discuss Ryan’s case but it sounds more than likely they will be recommending a NeuroPace implant.

The NeuroPace will learn Ryan’s seizure activity so that it can sense when a seizure is starting and distract the brain to stop the seizure. From our research it seems as though Ryan would leave the hospital with medications as well as the implant but he should be able to wean off of the medication as the device fends off more and more seizures. It is battery operated, like a pacemaker, but the battery should last about 8 years or so. Ryan would need to have surgery again to have the battery replaced.

Another seizure at this point will help the doctors to confirm that the seizures are in fact stemming from the left rear cingulate and that the NeuroPace is the best option of treatment. However, the doctors will make their recommendation with or without another seizure. Ryan’s third and final surgery for this hospital stay will be sometime at the end of this week.

Of course what type of surgery they do will depend on the recommendation and Ryan’s decision. Ryan is leery of brain implants so I am helping him to research the NeuroPace, talk to others who have it, and weigh the pros and cons of having an implant vs medications only treatment.

So it is at least another week here in the hospital. At least we have some answers and on the path to recommendations and possible solutions.